once again i bring to you the accumulation of my nooodlers to date you good people are always welcome to stick your valuable comments and thoughts below infact at this time i would also like to thank all the people who have dropped by for a gander and let me know how they felt you guys are so kind and gracious i hope to keep bringing you stuff of the same quality or better in the future.

now onto some images,

Enjoy guy's and gals and drop back soon wont you?!.

so these are some process pics of the noodler i done for irishcomicnews's first birthday which i was so overjoyed to have been a part of, the character is of course abandoned comics very own NESTOR!.
﻿ 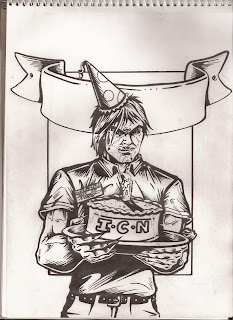 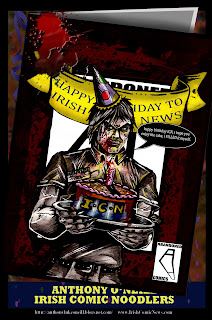 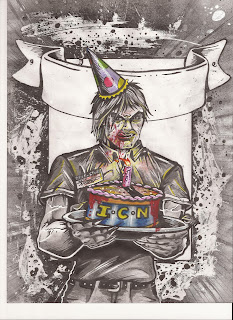 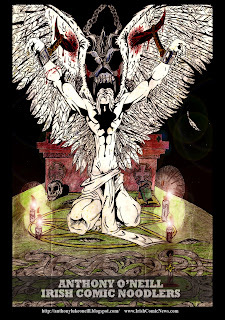 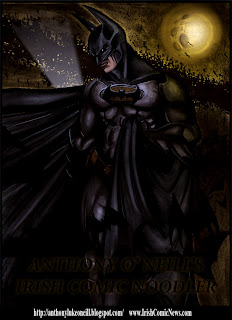 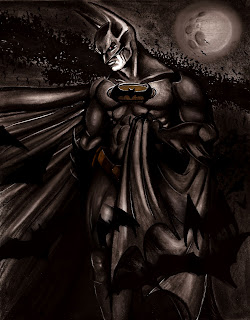 The snow was dangerously heavy this year, but he had to feed his family for them to survive the big freeze which was swiftly slithering its way towards them.
Ever since the father of the parish that would generously help them at this time of the year had disappeared 3 weeks ago he had been miserably trying to fill his place as his community’s provider.
He quietly stalked the deer, keeping his heart beat slow and rhythmically synchronised to the fall of the beasts hoofs upon the foliage covered forest floor,
stepping as it stepped, breathing as it breathed “SNAP!” by the time his eyes rose from the broken twig that had given away his position, his prize had all ready gotten to far away for the Pilgrim to do anything about it.
heartbroken the man turned and started for home making his way through the cold Virginian forest when suddenly… he heard the familiar final fatal cry of his previously lost prize.
He ran with curiosity, hoping that the victor was a member of his community, but when he found the lifeless body of the animal, which showed no signs of struggle,save for two puncture wounds upon its neck, he discovered nothing but an ominous image that had been nailed upon a tree next to its carcass… as the Pilgrim slowly gazed around him at the large mass of forest that seemed to be engrossing him in darkness, he could not help but feel as though, the hunter… had become the hunted. 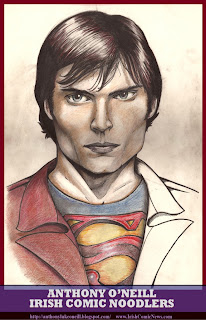 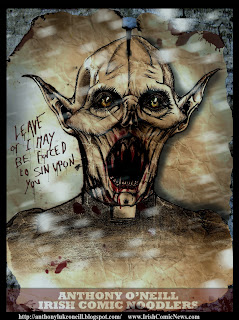 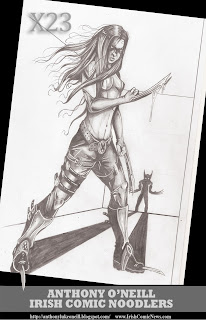 THE PROGRESS OF CHARLENE AS HARLEY QUINN 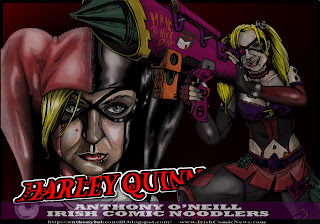 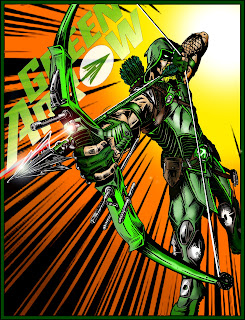 Please check out some of my past posts by clicking on the link at the end of the page thanks :)

click this icon for the ICN sketch a week (NOODLERS)